From MSG Scare to MVP Status: How We Learned to Love Umami

SHORTLY AFTER Momofuku Ssäm Bar opened in New York City, in 2006, the chef David Chang began serving a dish there called bo ssäm. The classic Korean recipe calls for boiled pork belly with cabbage leaves and condiments, but in typical Chang fashion, he dialed the flavor up to 11. The Momofuku version starred a pork butt cured overnight and then slow-roasted with a coating of brown sugar and salt that formed a crust the color of mahogany. Diners wrapped ribbons of that roast pork in lettuce along with briny oysters, rice, kimchi, ginger-scallion sauce and ssamjangÊ, a spicy Korean dipping sauce. Word of the off-the-menu stunner rippled sensationally through the local dining scene.

The secret to bo ssäm’s mind-bending deliciousness was umami—the meaty taste conferred by the amino acid glutamate, which the Japanese chemist Kikunae Ikeda first identified in his dashi broth in 1908. Four basic tastes had prevailed since antiquity: salty, sweet, sour and bitter. Dr. Ikeda argued that umami was a fifth.

Though the term is Japanese, umami is a global phenomenon. The same savory magic in pork and oysters runs through anchovies, seaweed and mushrooms, not to mention breast milk and amniotic fluid. In addition to glutamate, two other molecules, inosinate and guanylate, emit umami. Aging, caramelizing, drying and fermenting intensify it. Garum, the fermented fish sauce ancient Romans adored, teemed with umami, as do oyster sauce in China, miso in Japan, Worcestershire sauce in England and Maggi seasoning the world over. Dr. Ikeda crystallized glutamate into a sprinkle-on flavor enhancer: monosodium glutamate, or MSG. Today it makes Cool Ranch Doritos and Chick-fil-A sandwiches craveworthy. 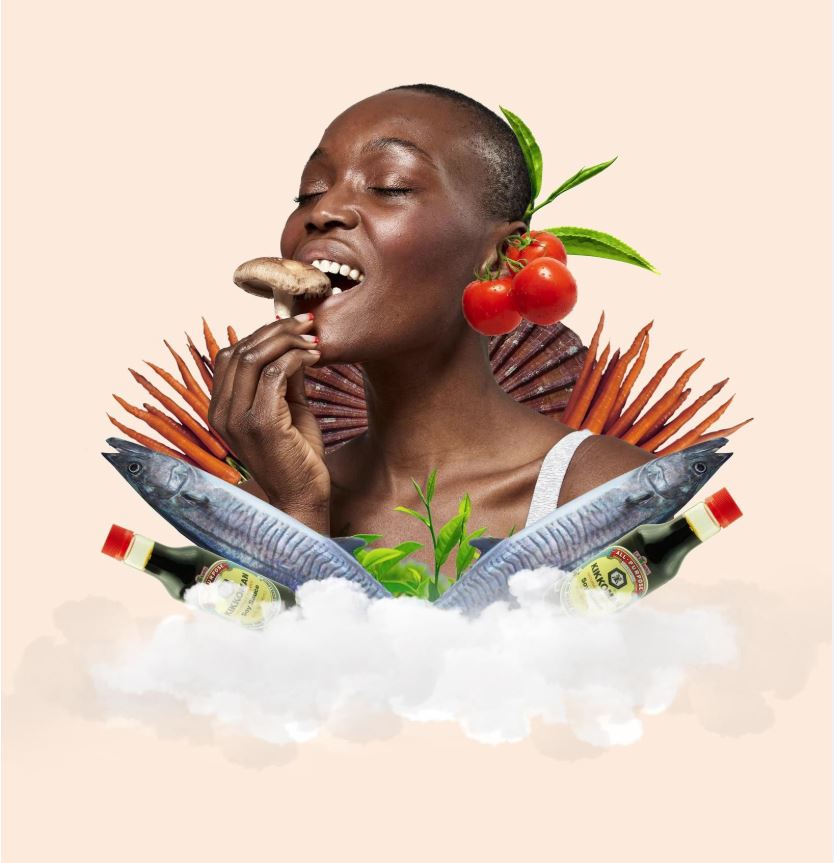 When Momfuku’s bo ssäm appeared, in 2006, umami was just beginning to gain recognition among American chefs. Since then, Google searches for umami in the U.S. have increased more than tenfold; the tag #umami now accompanies nearly 400,000 Instagram posts. Unilever, the maker of Knorr bouillon—long used as a speedy source of glutamates—reported that sales for the bouillon category surged 5% in 2019 alone. The same year, grocer Trader Joe’s, fast-casual restaurant chain Sweetgreen and the Momofuku restaurant group all began marketing umami-rich seasoning blends, and the word umami entered the Merriam-Webster dictionary.

I first heard the term umami sometime in the aughts, on the Bravo TV culinary competition “Top Chef.” Host Tom Colicchio recalls that in 2006, when the show premiered, the profession was just getting acquainted with umami. “It was a new toy,” he said. As contestants used glutamates to pack maximum power into each bite, judges leaned hard on the word umami. “We were trying to describe food to television viewers, and it gave us another descriptor,” Mr. Colicchio said.

Dana Cowin, former editor-in-chief of Food & Wine magazine, pegs umami’s rise to the emergence of Asian-American chefs such as David Chang, Roy Choi, Edward Lee and Danny Bowien, whose dishes relied on the intense flavors of kimchi, gochujang and XO sauce. “It was part of the evolution of food in America, from the mild flavors of a Eurocentric canon to the opening of our mind to other cultures,” Ms. Cowin said. “This was when we went from restraint to power in food.”

Mr. Chang said he grew up with a jar of MSG next to the salt and pepper but didn’t learn the term umami until the early 2000s, when he was conceiving Momofuku Noodle Bar. “I would get Japanese ramen magazines and have them translated,” he said. “You would see the word umami over and over again.”

Even as umami came to signify sophistication among epicures, Americans widely regarded MSG as unsafe, despite the absence of scientific evidence, thanks in part to a 1968 letter to the New England Journal of Medicine, published under the heading “Chinese Restaurant Syndrome.” Entirely anecdotal, the letter posited MSG as a cause of numbness, heart palpitations, and weakness; given that MSG was by then a common ingredient in American processed foods, media outlets’ wholesale acceptance of the “syndrome” and its connection to Chinese food appears sloppy at best, at worst racist. The MSG industry responded by founding the Glutamate Association, an organization aimed at destigmatizing the seasoning through lectures and publications.

In recent years, a trend toward meatless eating has provided another platform for umami’s punch. At the New York restaurant Loring Place, chef Dan Kluger combines miso with Parmesan and lemon in a powerhouse vinaigrette. For a hit of pure glutamates, he mists crudités with kombu-laced water. Cooking technique plays a role, too. “There’s a lot to be said for high-heat roasting,” he said. “And grilling really changes the vegetables and brings out umami flavor.”

The recipes below, all meatless, reveal a newly nuanced deployment of umami that’s gaining traction. Mr. Kluger’s roasted honeynut squash is a study in balance: A glaze of umami-rich miso, chile paste, citrus and maple syrup enlivens the earthy squash. Raquel Pelzel, author of the 2019 cookbook “Umami Bomb,” uses soy sauce to instantly inject depth into a marinara sauce minus the usual slow simmer, and Cheddar to subtly up the oomph of waffles.

Ms. Pelzel has long used glutamate-rich ingredients to coax her kids into devouring a mostly vegetarian diet. “You can totally transform a vegetable by not just using one umami ingredient, but thoughtfully pairing them to bring that much more flavor and intensity,” she said. She recommends starting slow. Often, a splash of soy sauce or a dollop of miso is all you need.

Kennett Square mushroom growers $115 million expansion is a big bet for New York investor
From MSG Scare to MVP Status: How We Learned to Love Umami
Freshness key for state's largest mushroom farm
All News
SITE MAP
Back to top