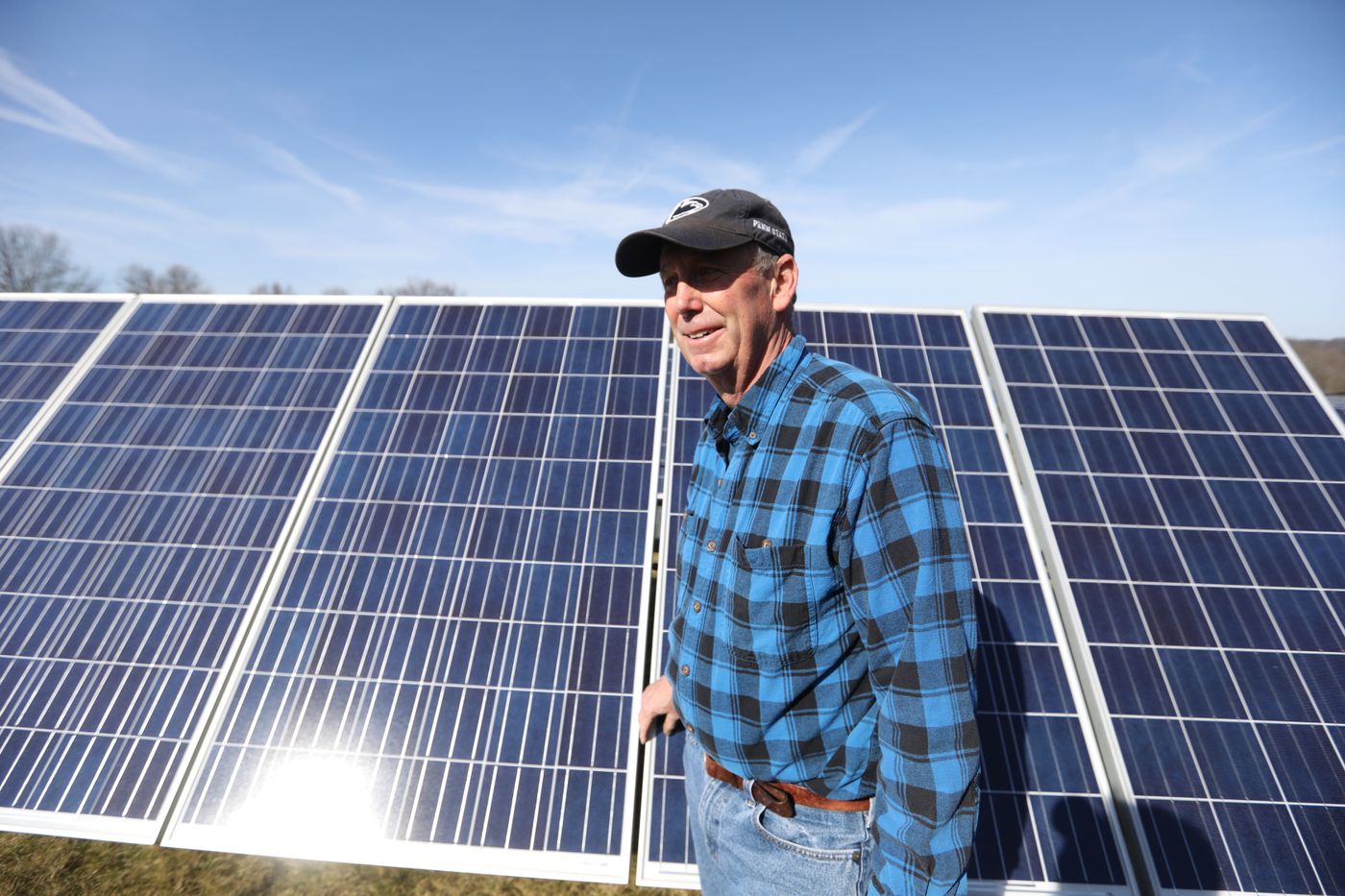 “This is a way to separate ourselves — to give ourselves a niche others couldn’t do," said Tom Brosius, who co-owns the 250-acre farm in southern Chester County with his younger brother, Harold. “And it was the right thing to do. Mushrooms use a lot of power for refrigeration and for air-conditioning.”

Gone were the days of paying $25,000 a month for electricity that fueled the farm’s 18 mushroom grow houses, the elder Brosius said. But that financial burden would eventually be replaced by a distinctly unfamiliar challenge: Pennsylvania’s market crash of solar renewable energy credits, then the slow-moving struggle to rebuild their value.

The solar renewable energy credit program was created in Pennsylvania in 2004 with the goal of attracting more people to install environmentally sustainable solar power systems, said Nils Hagen-Frederiksen, spokesperson for the Pennsylvania Pipeline Utility Commission, which regulates the initiative. Renewable power generators, like Marlboro Mushrooms, could sell excess energy to conventional power suppliers, such as Peco, which are mandated by law to produce 18 percent of their energy from renewable sources by 2021.

At the program’s peak in 2010, each credit was valued around $300. Lancaster County led the way in solar installation, followed by Chester, Montgomery, Bucks, and York Counties.

In the beginning, all was well at Marlboro Mushrooms. But in time, a drop in energy credit prices began to take its toll.

As Pennsylvania found cheaper sources of solar power in other states, credit prices tanked. By 2016, the price of a credit in the state was in the single digits.

The Brosius brothers, who had taken out two loans to pay for their solar power system and justified the investment by counting on on what they thought was a glowing renewable energy credit future, were stunned.

Today, the credits that were supposed to partially finance the expense of the Brosius family’s solar power system have yet to completely pay off. Although the value of a credit currently hovers around $34 in Pennsylvania, Tom Brosius remains optimistic.

“If we can make our own power and not be using fossil fuels, it’s the right thing to do," he said, standing in a field that once grew hay but now is home to nearly 5,000 solar panels. "We think we can each leave the world a little better place than when we arrived and this is a way of doing that.”

Their system, which went online Nov. 30, 2011, has powered nearly the entire farm most years. In 2014, the farm produced more solar power than it could use, at 102 percent, but in 2018 saw a significant dip to 76 percent, as there were more rainy days than sunny ones.

But on a recent, cloudless Wednesday, Tom Brosius beamed.

“Today’s a great day. Today’s a wonderful day. And I’ll show you why,” he said, striding over to squint at the meter readings for the farm’s solar power system. “Right now, we’re making more power than we’re using — over 900 kilowatts."

In addition to a steeply reduced electricity bill, which now amounts to about $5,000 a month — a dramatic 80 percent drop — the Brosiuses estimate that their solar power system has reduced carbon dioxide emissions by more than 11,100 tons. It’s roughly the equivalent, they say, of planting 2,300 acres of trees, or not driving 23 million miles.

They realize their farm is unconventional. Their father, Charles, was the first to tell them so.

They came to that realization again when they briefly tried to use sheep and goats to “mow” the grass in the solar panel fields. (“They would get out in the field, and they couldn’t find their way back," Tom Brosius said of sheep. And “goats like to climb. We don’t want them on the panels. That wouldn’t work out well.”)

But as he sees it, farming needs to be fluid.

“We’re not the largest farm. We don’t have the biggest of anything," he said. "But we have to stay alive. We have to be adaptive to change.”